Sweet, sour and many other tastes in between
Release Date： 2021-10-16
Resource： Chinadaily.com.cn
Author： Zhang Lei 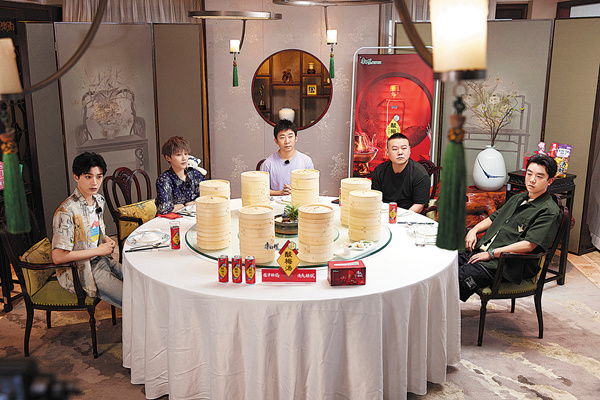 When Chinese think about a signature dish of Northeast China, guobaorou will often be the first thing that comes to their mind.

Beyond being aware that it consists of sweet-and-sour flavored double cooked pork slices, few would know about its origins and a love story from Harbin in Heilongjiang province that goes with it.

In the beginning of the 20th century a man named Zheng Xingwen was appointed the chef for local government in Harbin to serve both local and foreign guests. One of his dishes, fried pork slices, was a favorite among guests.

Zheng married a Russian who was not used to the salty flavor of the pork dish, so he created a sweet-and-sour flavor version just for her. Later the dish became a favorite among both foreign guests and locals and was named guobaorou.

That story was recounted in the third episode of the food themed reality show Dakaba Chihuotuan. Guests in the show enjoyed a feast of classic Harbin food including guobaorou after hearing Zheng's grandson tell the story.

The show, which premiered on Dragon TV in August, features a foodie group of celebrities exploring local food in six cities throughout China.

They stay in each city two days and one night, visiting nine places relating to local signature dishes. Each dish is designed into a puzzle with three clues and the guests have to play games with local people to gain those clues. 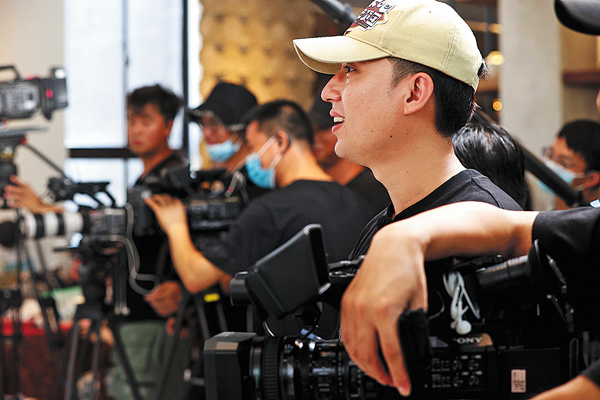 The foodie group comprises the comedians Yue Yunpeng and Yang Di, the singer Liu Yuxin, and the actors Zheng Kai and Ding Yuxi.

The first stop on their trip is Shanghai, followed by Harbin, then Guiyang in Guizhou province.

Wang Hailong, director of the show, says the aim was to create a food culture show that is simple and funny.

"It's just a group of friends visiting a strange city, and they may find a local as a guide to explore local food and culture. We hope what the guests do in the show, including the game of rock, paper and scissors, can be replicated when a bunch of friends is traveling.

"We hope to remind our audience that no matter how hard it is pursuing one's dream, you shouldn't forget to eat well."

The Dakaba Chihuotuan team visited the cities guided by local gourmets as they sought to choose the signature dishes, Wang says.

"Each city has a lot of delicious food, and we found about 30 dishes before narrowing it down to nine. We eliminated dishes that locals might like but that did not have local features such as fried potato slices." 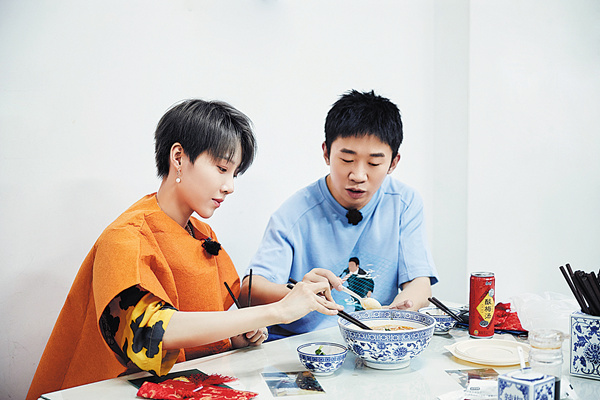 The aim was to find dishes that represent local people's wisdom and life, Wang says.

"If you take fried ice cream in Harbin as an example, it comes from elsewhere, but Harbiners came up with a new way to cook it. It's fried with flour paste."

In the first two episodes the foodie group explored delicacies in Shanghai, from crab feast to rib and rice cake to the noodles with toppings, a map of Shanghai food being presented to the audience, as well as cooking methods and the dishes' background stories.

In Guizhou the sour and spicy flavor of local food is highlighted. Liu, born and raised in Guizhou, became the group guide as its members tried the most authentic Guizhou snacks.

In each city after the trip the film crew returned to all the restaurants visited and filmed each dish being made.

The interaction between the visitors and locals is one highlight of the show. Wang says the aim is not only to present local delicacies but also to dispel stereotypes about the cities visited.

"All the people in the six cities we select have their characteristics such as the nice ladies in Shanghai being really down to earth and the people in Harbin being very welcoming. 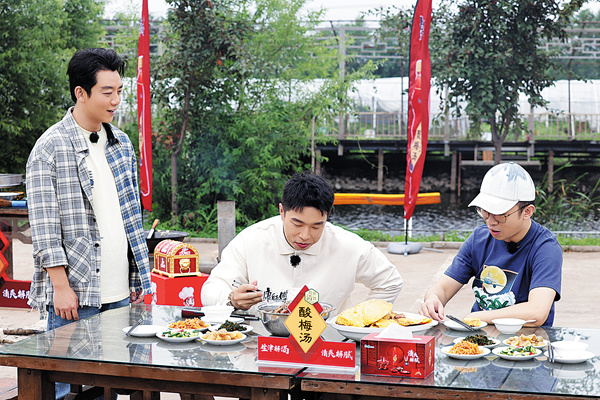 "We also aim to show the audience aspects of the city that are less well known. We used to wear clothes of a single color such as dark blue and black, and it was people in Harbin in printing and dyeing mills who first produced fabrics with wonderful floral patterns that brought color to our clothes."

Guo Jinghan, a producer-director of the show, says locals who were invited to play games with the visitors add a lot of warmth and fun to the show.

"They were not only very keen to help, but were also smart in solving the puzzles we created for each dish."

The relationships between the guests add to the show's appeal. During the two-day trip, the guests eat together and share sleeping quarters like a bunch of friends, and their friendship and tacit understanding deepen during the trips.

"They are like a big happy family, such as Yang Di who is akin to a mother doting on everyone and taking great care of them and Zheng Kai being like a big brother who has his own particular insights on food. Each of them has different characteristics but they get along well as a group."

Deng Juncheng, producer of the show, says it is unscripted, and this way the guests can bring more surprises to the show.

"Each expression in the guests' eyes and each of their reactions are natural, so the audience can feel more immersive in their trip."

The show also presents the comedians' life offstage, Deng says. "They are funny when they eat together, they can talk about many interesting topics from one dish." 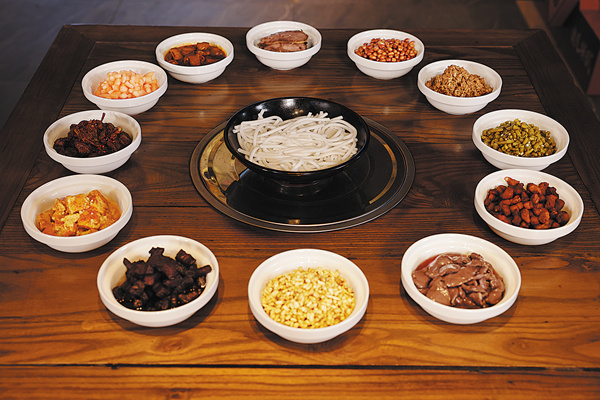 Many food shows focus on chefs in a kitchen, and the aim was to create an outdoor show that leads the audience to know about different cities by exploring local food and learning about the cities' changes over time by interacting with local people.

The restaurants the group visited are the ones people would go to with friends or family after work, Deng says.

"I hope the show will encourage more young people to visit the cities and try local food to learn more about the cities' culture and history."

There are many cities in China that have plenty of signature dishes, and there are more stories about Chinese cuisine to dig up, so a second season for the show is planned.