Movies get a touch of Tibetan language
Release Date： 2021-12-16
Resource： Chinadaily.com.cn
Author： By Palden Nyima and Daqiong in Lhasa 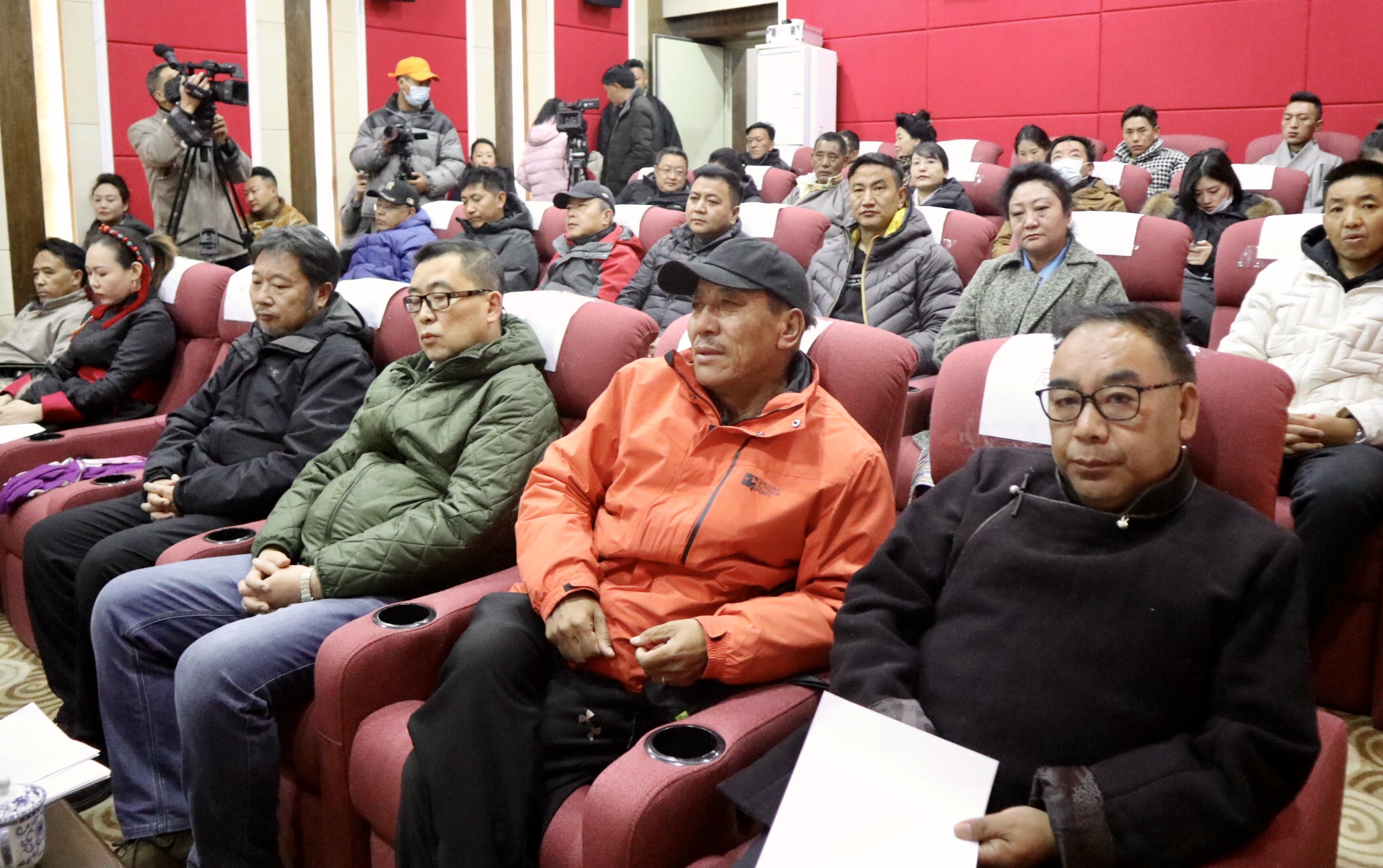 Officials and scholars from the fields of Tibetan film dubbing gathered for a seminar on Monday in Lhasa, Tibet autonomous region. [Photo by Palden Nyima/chinadaily.com.cn]

The Tibet autonomous region has made significant achievements in film dubbing and production over the past 60 years, according to a seminar of Tibetan ethnic film work in Lhasa on Monday.

More than 3,000 films of all types and 50 TV dramas have had their soundtracks dubbed in Tibetan languages over the past six decades. Some popular films, including The Founding of An Army, Amazing China and 40,000 Kilometers have been dubbed and put on show at the same time as in other Chinese provinces and regions, the region's center for public service films said at the seminar. 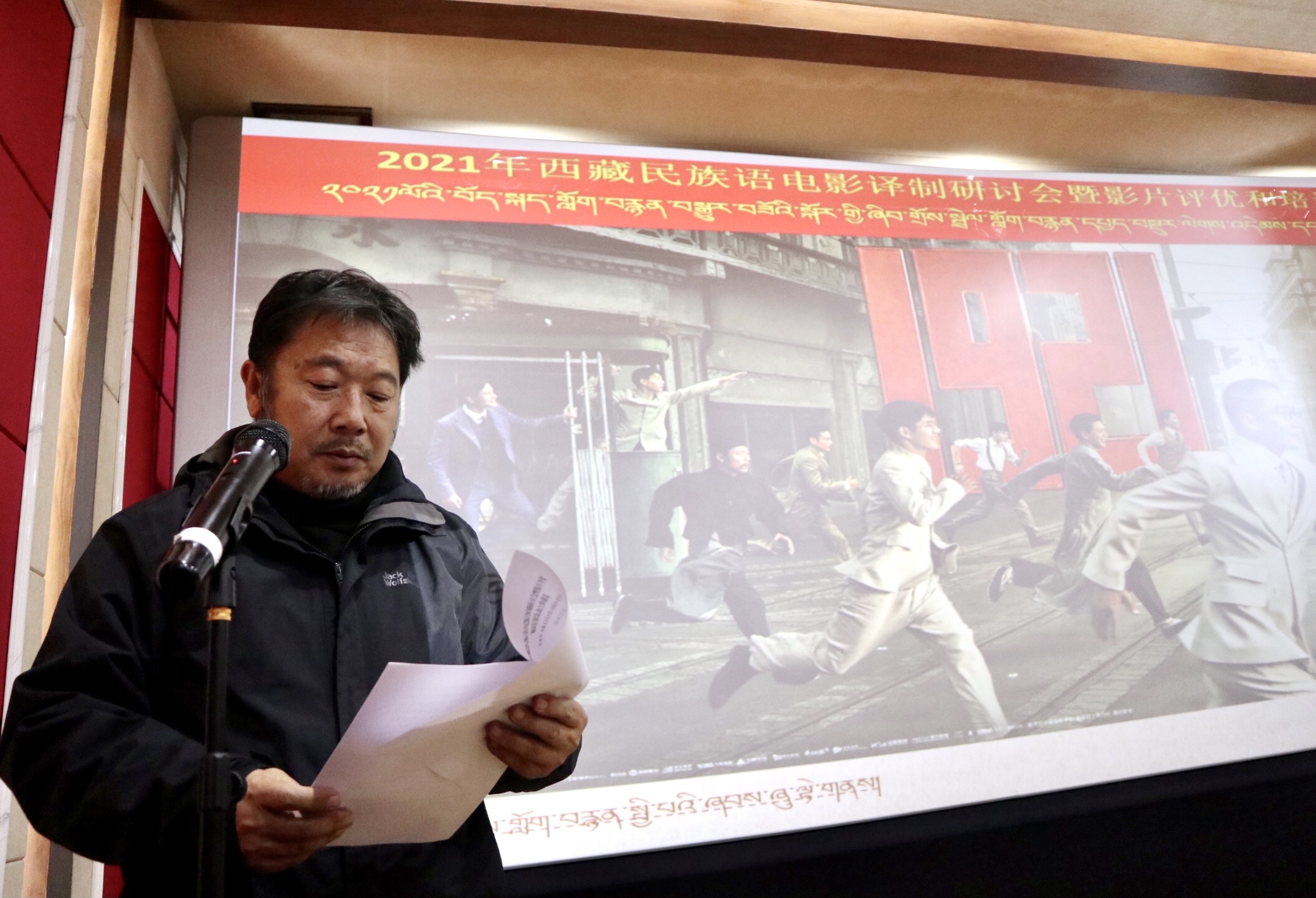 In 2021, the center translated 93 films, including 30 scientific and educational films and 63 feature films.

"A Tibetan film-dubbing team was established in 1965 in the region, and the first film dubbed in Tibetan was produced. Since then, increasing numbers of dubbed films were made available for audiences," Zhang said. 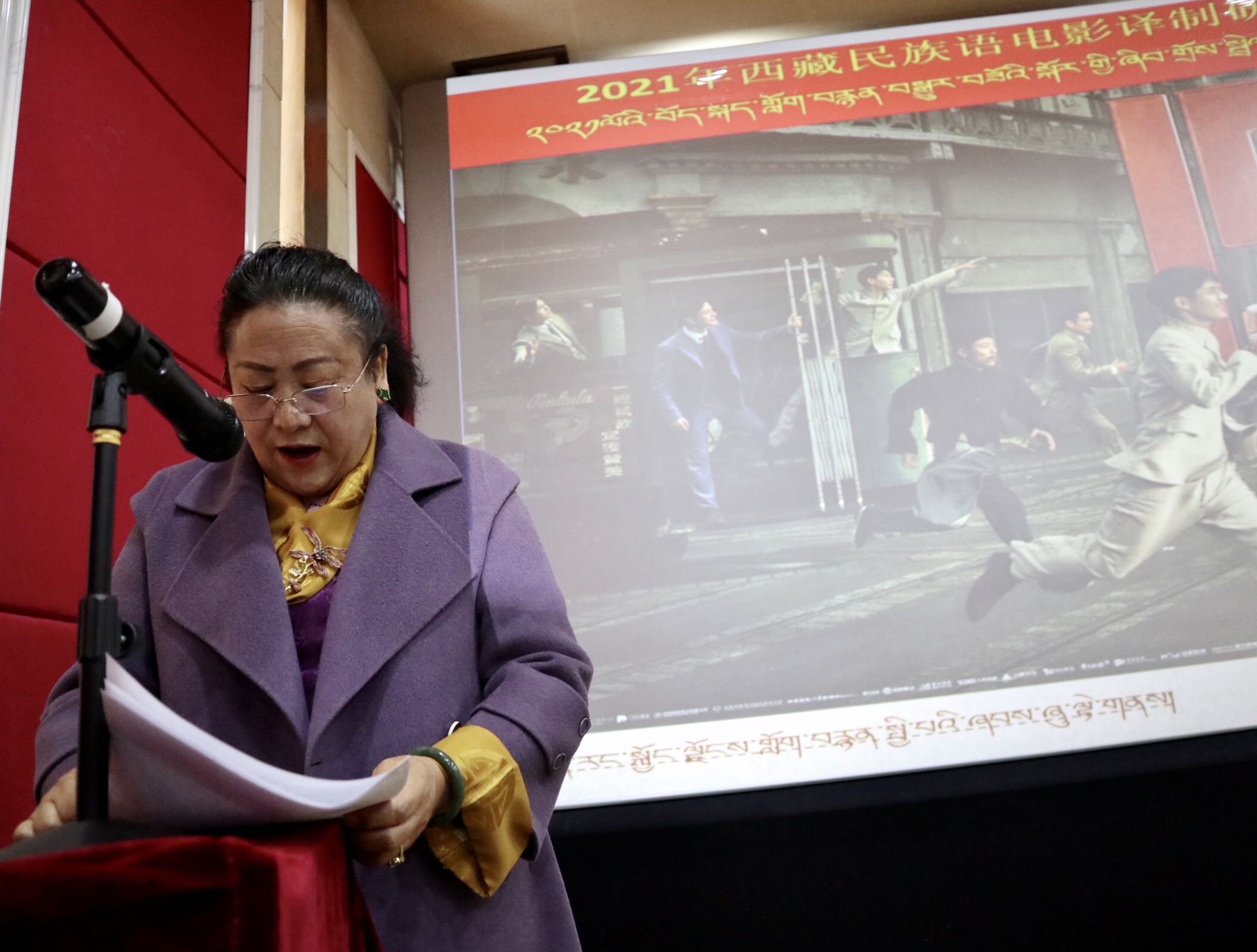 "These have been providing scientific knowledge to rural farmers and herdsmen and have been enriching the spiritual life of the region's residents," he said.

Tsering Yudron, deputy head of the regional office of the Tibetan Language Committee, said film dubbing in the Tibetan language is a key part of China's ethnic film work, and the regional government has regarded it as a key cultural effort.

"The regional government has provided great support in the areas of facility construction, talent cultivation and equipment upgrades," said Tsering Yudron, adding that the work of film dubbing has contributed greatly to the region's social stability and high quality development. 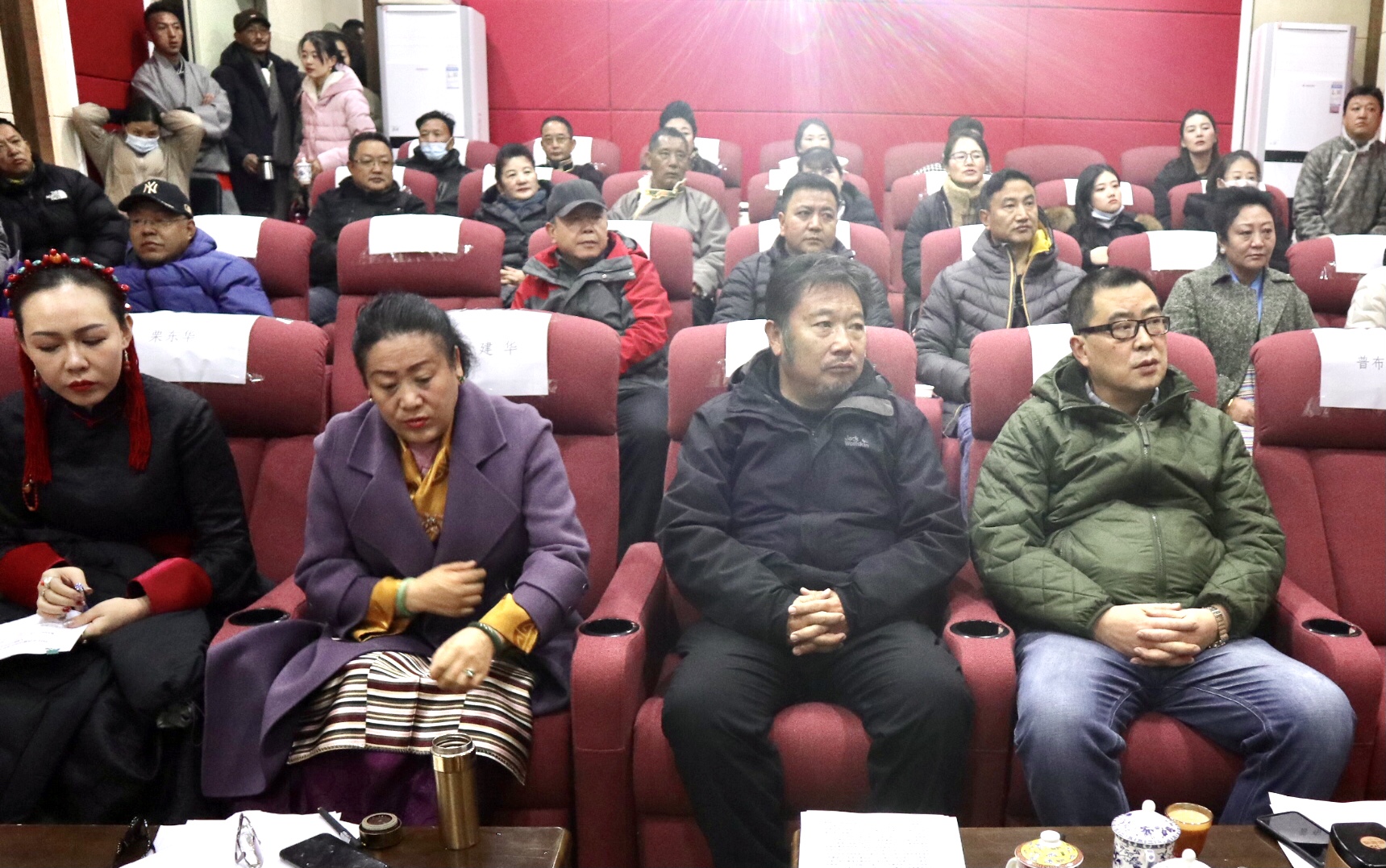 Officials and scholars in the field of Tibetan film dubbing gathered for a seminar on Monday in Lhasa, Tibet autonomous region. [Photo by Palden Nyima/chinadaily.com.cn]

Wang Yifeng, director of the dubbing center of the State production base of China Film Group, said China started the work of dubbing public welfare films into the languages of ethnic groups to bridge different ethnicities, to enrich people's culture lives and to broaden their views of innovation, poverty reduction and societal transformation.