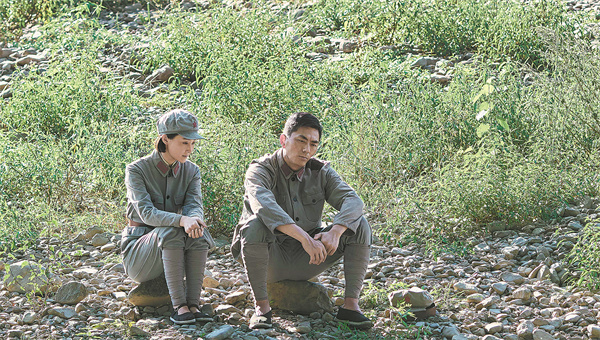 Story of a battle pivotal to China's modern history has long been overlooked on screen. Someone has now filled the breach, Xu Fan reports.

On the eve of the Red Army's Long March (1934-36), a milestone in China's revolutionary history, thousands of young soldiers fought until their last breath on Songmaoling, a mountain range in Fujian province, to cover the retreat of a major Red Army force.

The pivotal yet little-known battle is now being retold in Xue Zhan Songmaoling (The Battle of Songmaoling), a 24-episode online series that has been streamed on Youku since Oct 27.

For the director Liu Xuesong, who served in the People's Liberation Army for seven years, the series is a reminder of his military life.

"When I was a soldier with my troops stationed in a mountainous area in Yunnan province, I heard a lot of touching stories about the war's heroes," he says. "For a long time I had wanted to film such a tale." 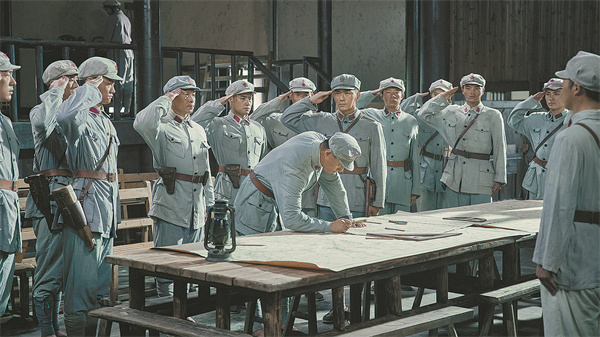 In September 2020 Ma Zhongjun, chief content officer with the TV and film production company Ciwen Media in Shanghai, invited him to head a project doing just that.

Digging into archival research and conducting interviews with experts and descendants of the villagers who once helped the Red Army, Liu said he had discovered about 7,000 soldiers, mostly new recruits younger than 20 years old, had died in combat at Songmaoling. Some military historians reckon that about 10,000 Red Army soldiers and officers fought in the battle.

The battle of Songmaoling is often billed as the Red Army's last fight to break out of the fifth encirclement organized by Chiang Kai-shek's Kuomintang forces, starting in August and lasting about 70 days, with the fiercest fighting between Sept 23 and 29, 1934.

At the battle's height almost all the male adults in the villages surrounding Songmaoling were mobilized. Most families donated their wooden doors, using them as stretchers for wounded soldiers, some historians say.

Despite putting up a valiant fight the Red Army suffered huge casualties, overcome by superior firepower, some of it sourced from the United States and Europe, Liu says.

"Some militias even used spears or cut bamboos into sharp-pointed poles to set traps. They did their utmost to resist attacks, sacrificing their lives to earn a bit of precious time for the Red Army's most important soldiers to retreat."

As the fiercest combat broke out on Sept 23, Mid-Autumn Festival that year, villagers brought traditional celebrations a day forward. That special wartime move continues to this day. 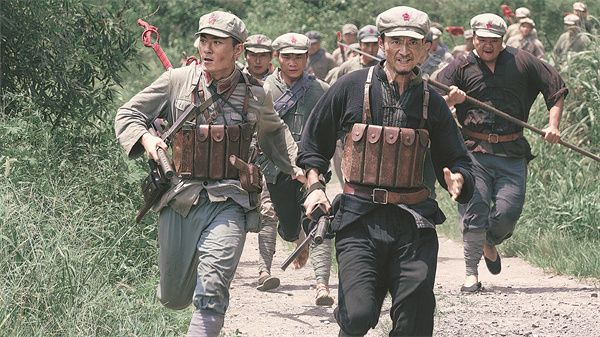 A Red Army troop advance to engage the enemy.[Photo provided to China Daily]

"The Red Army soldiers knew they could die in the days to come, but they were still very happy to join the villagers in dancing and singing," Liu says. "Picture the scene, and you will find it moving and worthy of respect."

Liu, touched by all such stories he heard during the interviews, tried something novel with the script. At random, he recruited internet users to create a chat group on his social platform account, tantalizingly letting the public see some passages but blurring the characters and major twists.

"They knew it would be a war story about the Red Army, but they didn't know the details. I was very impressed that a person in one group suggested that I should not cast well-known actors because viewers would instantly know this was not a real soldier, so the film would lose its emotional impact."

Therefore, Liu recruited a low-profile cast, training his actors and actresses for about four months to make them look like military members in the shooting location in Hengdian, Zhejiang province.

Liu says he developed a deep connection with the main characters, all members of a Red Army militia unit, and he thoroughly immersed himself in the story. 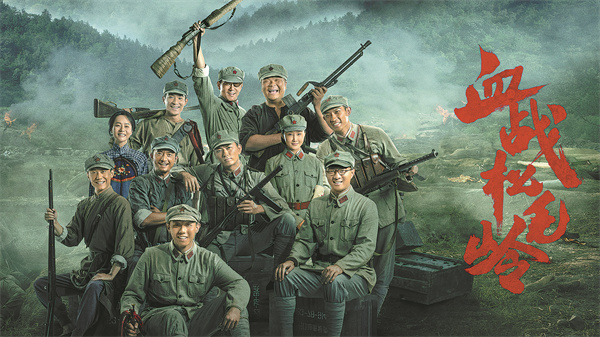 A publicity poster depicts the heroes who sacrificed their lives in the 1934 battle at Songmaoling in Fujian province. [Photo provided to China Daily]

"It was in the 18th episode that the first protagonist gave his life. It was 3 am when I read the script, and as I leaned back on the sofa I found myself beginning to cry."

Even though many movies and TV dramas retelling the country's revolutionary history have been produced in China, few have focused on Songmaoling, says Long Pingping, a historian and scriptwriter, who serves as the drama's consultant.

"The battle of Songmaoling was historically significant in that it ensured the strategic shift of 86,000 Red Army soldiers. Without that seven-day-and-night conflict Chinese history may have turned out quite differently. Domestic film and TV productions have portrayed many scenes about the Red Army, but this battle has rarely been covered. We hope the new drama will help more people to know about this significant story."