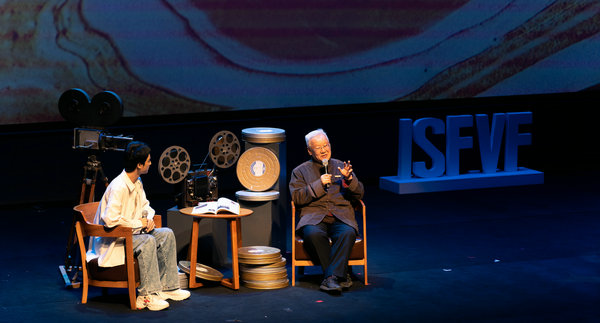 The 21st International Student Film and Video Festival, an annual event to exchange cinematic culture, kicked off in Beijing Film Academy on Nov 13.

With award-winning director Xie Fei serving as its honorary president, the festival has received 904 excellent works from 40 countries and regions, including 587 feature dramas, 148 animated short works and 128 documentaries. A total of 56 movies have been nominated and will be screened in the following week.

Yu Jianhong, vice-president of the academy, encouraged students to broaden their horizons and improve their skills through this film festival's platform, hoping that young college students will inject new impetus into the cultural development of the new era and further promote Chinese culture to the world.

Water Drops Gathering, the festival's promotional film, was screened in the academy after the festival's opening ceremony, with its symbolic meaning aiming to encourage young talents to pursue their dreams.

Peng Zeling, a graduate student from the academy's directing department and also the director of nominated film Nobody, recalled her unforgettable experience of participating in the 18th ISFVF as a volunteer, and how ISFVF has been a window to help her know other parts of the world.

The festival will end on Nov 20, with a total of 11 awards to be announced on that night. 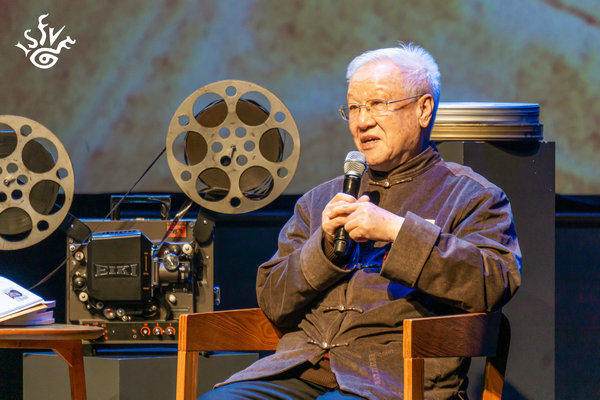