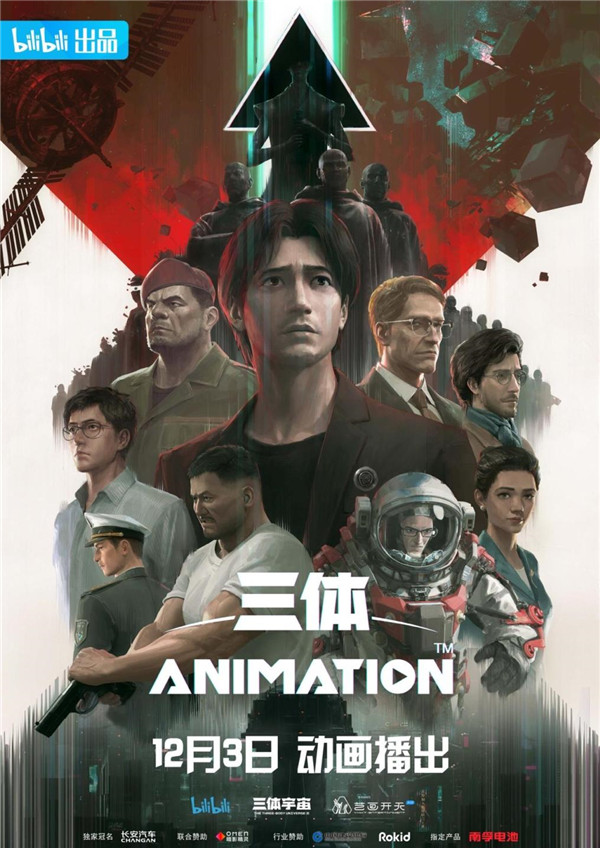 The much-anticipated animated adaptation of the Hugo Award-winning science fiction novel "The Three-Body Problem" by Liu Cixin is set for online release on Dec 3 this year.

The announcement from the Chinese online video-sharing platform Bilibili came with a trailer for the animated series.

Liu Cixin shared his thoughts on the forthcoming animation in a video released by CCTV Movie Channel, saying that he considers animation an art form particularly suitable for showcasing the content and aesthetic concept of science fiction.

"The Three-Body Problem" is the first book of a sci-fi trilogy that revolves around physicist Ye Wenjie's contact with the Trisolaran civilization existing in a three-sun system, and the centuries-long clashes that follow between earthlings and the aliens.

Movie, series, or radio drama adaptations of the critically acclaimed trilogy have been avidly followed by China's online community.

In January 2022, the final episode of the Chinese audio drama "Three-Body" was released on the online audio-sharing platform Ximalaya to wide applause from internet users.

"The Wandering Earth," a sci-fi short story by Liu Cixin, became a blockbuster film in 2019 and raked in a Chinese box office total of 4.68 billion yuan (around $649 million).