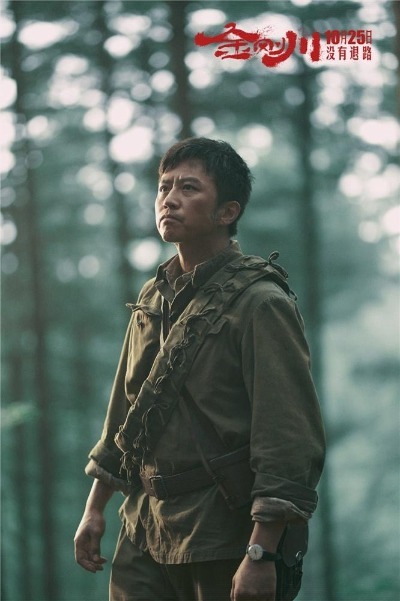 Deng Chao in  The Sacrifice.

The Sacrifice, a new war film co-directed by Guan Hu, the helmsman of this year's blockbuster war epic The Eight Hundred, is set to hit theaters on Friday.

Set during the War to Resist US Aggression and Aid Korea (1950-53), the movie joins a host of films and TV shows recently released to commemorate the 70th anniversary of the Chinese People's Volunteers entering the Democratic People's Republic of Korea to help in the war to resist US aggression.

The Eight Hundred depicts Chinese soldiers' heroic fight against the invading Japanese army from inside a warehouse during the Battle of Shanghai in 1937. The critically acclaimed war drama hit the big screen in August and has generated box office revenues of 3.1 billion yuan ($460 million) to date in China.

AMC Theatres Plans to Raise $47.7 Million to Stay Afloat During the Pandemic