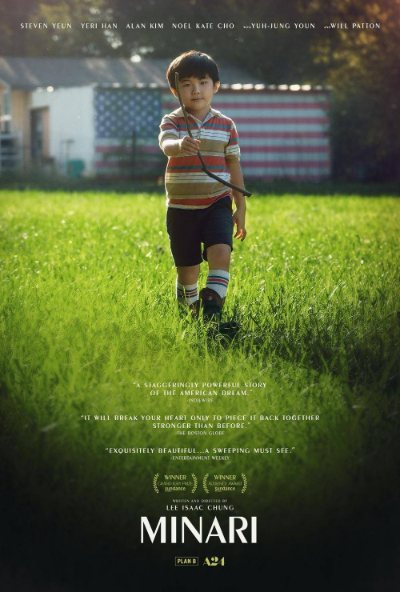 War drama Da 5 Bloods and historical legal drama The Trial of the Chicago 7 also earned three nominations, but one of the nods was in the stunt ensemble category.

Da 5 Bloods, Ma Rainey's Black Bottom, Minari, One Night in Miami and The Trial of the Chicago 7 will compete for the top prize of SAG Awards - the Outstanding Performance by a Cast in a Motion Picture.

Two-time Oscar winner Frances McDormand, who plays a woman who loses everything in a recession and embarks on a journey through the American West in Chinese female director Chloe Zhao's feature film Nomadland, will compete against Amy Adams (Hillbilly Elegy), Viola Davis (Ma Rainey's Black Bottom), Vanessa Kirby (Pieces of a Woman) and Carey Mulligan (Promising Young Woman) for the Outstanding Performance by a Female Actor in a Leading Role.

This year's nominations for the Outstanding Action Performance by a Stunt Ensemble in a Motion Picture include Da 5 Bloods, News of the World, The Trial of the Chicago 7, Wonder Woman 1984 and Disney's China-set live-action film Mulan.

The SAG Awards is scheduled to take place on April 4.