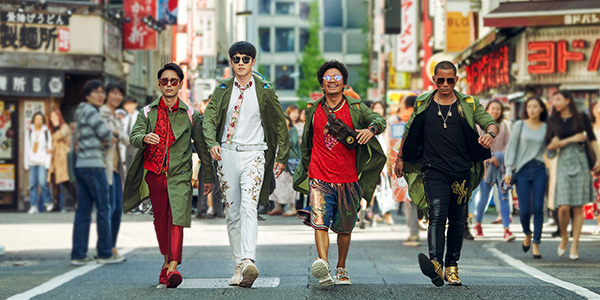 A scene from Detective Chinatown 3.

BEIJING -- China shot straight out of the box office gate with a new record as Spring Festival or Chinese Lunar New year was celebrated on Friday.

China's box office takings on Spring Festival, which fell on Feb 12 this year, topped 1.7 billion yuan (about $264 million), according to figures released by the China Film Administration.

As the first such moviegoing period following the COVID-19 outbreak, the holiday is of great importance to China's film industry and will be seen as a further mark of recovery in the box office market, one of the world's largest.

The latest installment in Wanda Pictures' well-received Detective Chinatown comedy film franchise, joining six other domestic titles for release on Friday, accounted for about 60 percent of the market's total earnings for the day.

With its total earnings exceeding 1.6 billion yuan as of Saturday, Detective Chinatown 3 has been forecast by film data platform Maoyan to top 6 billion yuan at China's box office.

The film's director, Chen Sicheng, told Xinhua that the Detective Chinatown franchise has the ambition to become an indigenous Chinese detective film series, attributing its market success so far to audiences' support for domestic productions.

Fantasy thriller A Writer's Odyssey ranked third, generating a revenue of about 136 million yuan or 8 percent of the market's daily total. It was followed by The Yinyang Master and Boonie Bears: The Wild Life.

While moviegoing is increasingly becoming part of the Chinese people's Spring Festival celebrations, regular epidemic control measures, including temperature checking and disinfection, have been in place in cinemas.

Many people found it difficult to buy a movie ticket in their cities during the holiday as cinemas were fully booked for many of the timing slots.

"Never have movie theaters been such a hit in a Spring Festival holiday," said Chen Ke, a young Beijinger in the city's Chaoyang district.