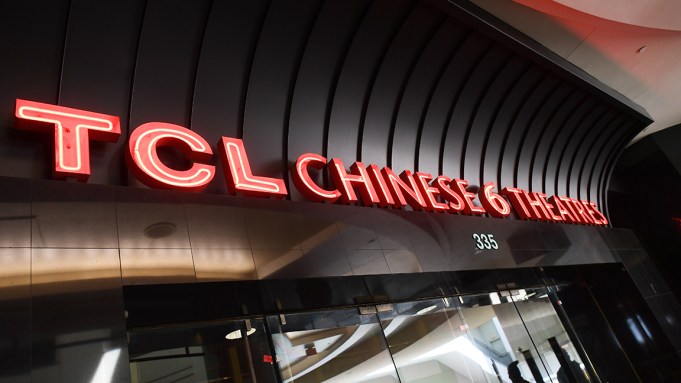 The pandemic isn’t over yet, but the picture of moviegoing in Los Angeles is looking brighter.

The country’s most populous county is moving into California’s orange tier, the third step in the state’s reopening plan, on Tuesday. Hitting that milestone requires fewer new coronavirus cases daily per 100,000 people and a test positivity rate under 5%.

It’s promising for movie theaters because venues will be able to increase indoor capacity from 25% (or 100 people) to 50% (or 200 people). The change is expected to go into effect Monday, April 5.

Film exhibitors, as well as studio executives, hope the ability to expand capacity restrictions in L.A. will be a crucial step in the grand revival of moviegoing. In pre-pandemic times, Los Angeles had accounted for a significant portion of the country’s overall ticket sales. Since business had been greatly impaired amid the pandemic, Hollywood studios had resorted to delaying potential blockbusters or sending upcoming releases to streaming services.

“This is another important milestone for movie theaters in the country’s largest moviegoing market. At 50% capacity, theaters can begin to once again operate profitably,” said Patrick Corcoran, vice president and chief communications officer the National Association of Theatre Owners. “This is not the end of the pandemic, but it’s a further brightening as the end becomes more visible.”

As of last weekend, Los Angeles County currently had 42 movie theaters in operation, according to Comscore. It had 107 movie theaters open in 2019. However, industry officials anticipate the number of reopened locations will continue to increase as capacity restrictions loosen.

Though it won’t help for opening weekend, the news should bode well for “Godzilla vs. Kong,” which opens in the U.S. on Wednesday. The monster mashup, from Warner Bros. and Legendary Entertainment, is playing in more than 3,000 North American locations, marking the widest release of the pandemic era.